Kelly Hejtmancik’s passion and dedication is to work with families in helping them build, protect, and preserve their assets. He specializes in minimizing taxes, minimizing risk, maximizing savings, and maximizing return on their savings. His ultimate goal is to give every client and their family the peace of mind to know that all their financial and insurance affairs are in order for the future. Kelly Hejtmancik serves as a Financial Advisor with Mass Mutual Financial Group in the greater Houston area.

Kelly attended and graduated with a B.A. in the top percentage of his class in 2002 at Rice University in Houston, TX. After Graduating Rice University, he was hired directly from his internship to became one of the Top Financial Advisor’s at New York Life. He successfully served over 2,000 clients in his book of business since 2002. He received several honors while working at New York Life, such as Houston’s National Association of Insurance and Financial Advisor’s Rising Star Award, Rookie of the Year, Career Success, Career Life Producer, Life Foundation Awards, National Life Paid Case Leader Eagle Award, and Long-Term Care Circle of Champions. For 15 years, Kelly Hejtmancik has been a qualifying and lifetime member of the Million Dollar Round Table.

Kelly Hejtmancik’s favorite quote he preaches and lives by is from Ghandi, “BE THE CHANGE THAT YOU WANT TO SEE IN THE WORLD!!”. He is very happily married to his soulmate, Marie. They have two wonderful Children, Nathanael, who is now attending Texas A&M and Elizabeth currently attending NYU. 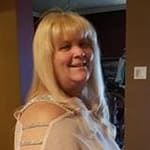